The Last Zrinsky is a family saga within the historical context of the 17th century West-European civilization.

Educated, combative and socially aware, for 100 years all members of the family (women too) had died defending a Christian Europe while priding themselves in being the “forefront of Christianity”.

The Last Zrinsky isn’t merely a cultural or historical depiction of the Croatian and Hungarian lands but a depiction of a Baroque Europe, which had, with the aid of the Zrinsky, fought off Islamism. Only, unlike today’s hastened political events, they had respect and appreciation for their enemy.

The Last Zrinsky follow the events that lead up to a wide political conspiracy against King Leopold I aimed at establishing a new Croato-Hungarian Empire. It is also the story of the demise of the Zrinsky family. One by one they are killed or imprisoned, their plans fail, their lands wasted. Stuck between the scheming Royal Court in Vienna and the Turkish conquests, the Zrinsky have to fight for survival. Disputes among the nobility and Europe’s hesitation to help them only speed up their downfall. From their allegiance to the Crown and battles against the Turks to their conspiracy -this series dramatizes a tense moment of history, enriches it with lively characters and gives insight into the creation of modern day Europe. 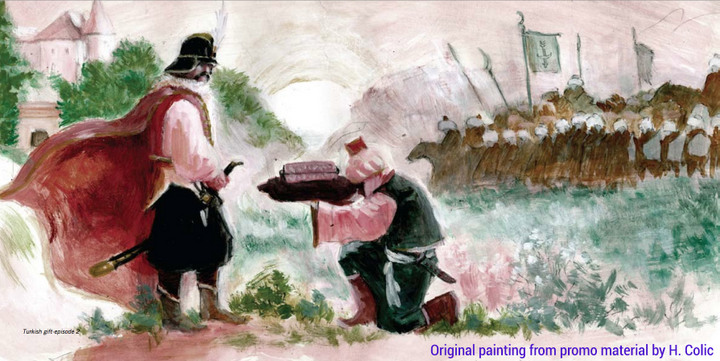